Who are your clouds? I was listening to the radio and one of the lines in a song was something like “Some people are like clouds; the day gets brighter when they go away”. This made me reflect & smile as over the last couple of years I’ve been actively involved in ‘cloud dispersing’.

I had identified that there were a number of people, some really close to me, who caused my days (and mood) to darken. Instinctively I knew that I was consistently the one giving in the relationship only to be ‘punished’ in some way. As my mind turned to culling some of these relationships, I initially felt intense guilt. After all, some of these people had been in my life for a very long time and had at various times been very close.

I then remembered a saying someone shared with me;

“People are in your life for a reason, a season or a lifetime”

Now I have been a ‘people-pleasing’ introvert and the thought of deliberately cutting people adrift wasn’t a comfortable one for me but the saying above allowed me to consider which reasons were no longer relevant & which seasons were now past. I revisited my needs (a great exercise for those of you who’ve not yet done it) and set myself some new boundaries.

A bit like Marie Kondo, the now infamous ‘tidying’ expert, I looked in turn at people who always seemed to drain my energy without giving anything appreciable back and I asked myself a few questions.

· Did they give me joy even if I needed to recharge afterwards?

· Did I learn from them even if it was uncomfortable?

· Were our values aligned?

· Were our paths on a similar trajectory?

· Did I love them unconditionally?

Once I had my answers, I was able to huff & puff & blow those dark clouds away. Without guilt, without shame and with joy in my heart. And it’s so much brighter here now!

No comments to show. 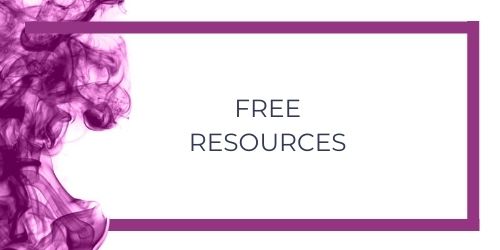 Let us know what you think…

The Challenge Of Learning The Hard Way

END_OF_DOCUMENT_TOKEN_TO_BE_REPLACED Learning from The Magic Faraway Tree

March 5th is celebrated as being World Book Day, and I for one, really enjoy this day. It’s widely reported that introverts love reading, and for many of us life is more like our own ‘Book Month’ or even ‘Book Year’. I love reading and in fact, am known for my...

END_OF_DOCUMENT_TOKEN_TO_BE_REPLACED Have you ever been pondering something only to be bombarded with information or messages about the very thing you’ve been pondering? It’s been happening to me pretty frequently recently, and I take this as a good sign. It means I’m present and paying attention. It’s...

END_OF_DOCUMENT_TOKEN_TO_BE_REPLACED

Learn More About Working With Me
We use cookies on our website to give you the most relevant experience by remembering your preferences and repeat visits. By clicking “Accept All”, you consent to the use of ALL the cookies. However, you may visit "Cookie Settings" to provide a controlled consent.
Cookie SettingsAccept All
Manage consent

This website uses cookies to improve your experience while you navigate through the website. Out of these, the cookies that are categorized as necessary are stored on your browser as they are essential for the working of basic functionalities of the website. We also use third-party cookies that help us analyze and understand how you use this website. These cookies will be stored in your browser only with your consent. You also have the option to opt-out of these cookies. But opting out of some of these cookies may affect your browsing experience.
Necessary Always Enabled
Necessary cookies are absolutely essential for the website to function properly. These cookies ensure basic functionalities and security features of the website, anonymously.
Functional
Functional cookies help to perform certain functionalities like sharing the content of the website on social media platforms, collect feedbacks, and other third-party features.
Performance
Performance cookies are used to understand and analyze the key performance indexes of the website which helps in delivering a better user experience for the visitors.
Analytics
Analytical cookies are used to understand how visitors interact with the website. These cookies help provide information on metrics the number of visitors, bounce rate, traffic source, etc.
Advertisement
Advertisement cookies are used to provide visitors with relevant ads and marketing campaigns. These cookies track visitors across websites and collect information to provide customized ads.
Others
Other uncategorized cookies are those that are being analyzed and have not been classified into a category as yet.
SAVE & ACCEPT